by In Aeternam Vale 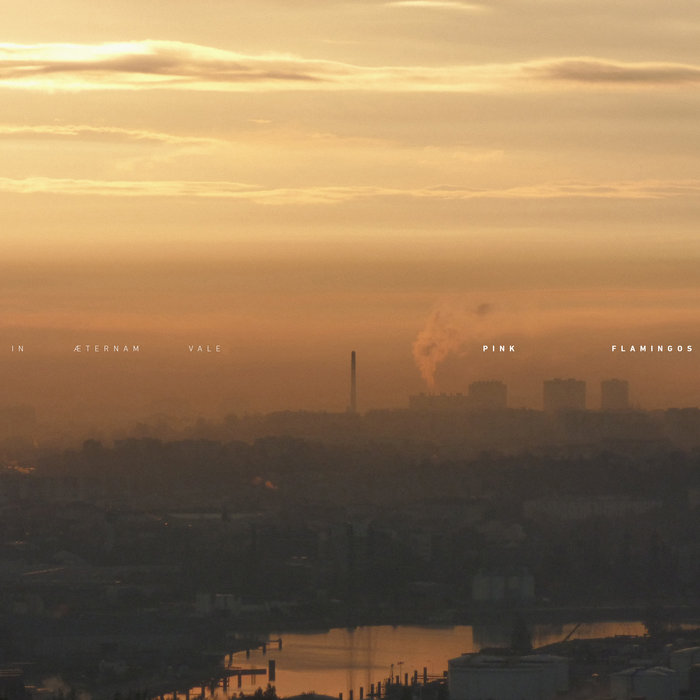 In Æternam Vale, long the best-kept secret of the french synth punk scene, has been revealed many times now.
This is about writing a new chapter of that 33+ years story, that begun in Lyon in 1983 as a band, whose leader Laurent Prot - an electronics pioneer and maniac - took over as a solo act since 1985. This new album (3xLP gatefold actually) explores another side of ‘IAV’, that echoes how Laurent sounds now - a ferocious take on techno, post-punk rhythmic elements and drone soundscapes, planted with unrestrained improvisation, and getting closure with a song time after time.

Ever building upon the everlasting influences of his first years : PIL’s punk sarcastic freedom, Suicide’s sexual rumble, Yello’s eerie dance moves, Kraftwerk’s accuracy, and Coil’s or Throbbing Gristle’s sense of transcendence and transgression, In Æternam Vale was never on hold for all those years. He has been relentlessly exploring all the spaces of freedom that electronic music has offered. To emphasize on how far he’s been going, we’ve put this album narration together, with intimacy, length, and space ; whenever the music had been made and how.
How this album was put together has a lot to say about how music is made in the In Æternam Vale universe...

It all begins in Lyon, early 2015. Imagine you are being invited to the studio of a visionary, and get to discover some brand new futuristic experiments along with tracks
made 25 years ago that sound as if they’ve been made yesterday. Well that’s what the careful listener who plunges himself in the album from start to finish should feel like.

I've had the chance to come over a few times, but this time was a bit more serious. Why serious ? Well , it is particularly challenging to keep your cool in that place : not only is it stuffed with all those vintage drum machines and synths - and some of them had actually joined his studio 30 years ago ; but in addition to the excitement, you’re also facing his custom-made modular systems, which Laurent's mind of an engineer is particularly good at designing. It is almost impossible not to get carried away in a discussion about those, that might quickly turn into a friendly lesson and even jam session... Which again, is maybe what you might feel like, being carried away in those extended, unedited jams on the album : as if being shown how it's done, by the maestro himself, playing it live, for your eyes (ears) only.

Did I really use the word “serious”? If you have seen In Æternam Vale performing live lately, you would see why this is also a quite an unfortunate pick. Quite notorious for hoisting his modular cases above his head in fiery resonant solos, as if an electric guitar. Rumor has it, a few live performances have
gone absolutely wild lately. Laurent has lost nothing of the raw punk energy of his youth. His music ; although very carefully crafted and ever so often introspective, is almost never deprived of his caustic sense of humour. You can always feel something similar to the prank of a playful gifted kid using intense frequencies to trick his audience in getting locked in. You can actually hear, in each one of those 16 tracks, how much fun he’s having, playing with your mind.

Speaking of youthful energy, it wouldn’t be fair not to tell you the whole truth about the selection. Some of the music here is the work of a 21-year-old, and some was recorded just last year around Laurent’s 50th birthday. It is only disturbing to admit how well it all fits together.
It is not very common to display a tracklisting that ranges through three decades, and call it an album. However, all of the music here is unpublished, exclusive, unreleased... It is also extremely rare to encounter artists that have never taken a break from studio creation, and this unbroken continuum is probably the reason why there is no relevance to any chronological classification of his work.
The intent in the beginning, was to focus on the more recent, experimental side of In Æternam Vale’s work, and to look at his work through an angle that would be complementary to some recent techno releases on Jealous God or 80’s gems on Minimal Wave. Only, these visits to his studio in Lyon were decisive.

Imagine seeing the history of 30 years of electronic music flash through your ears, just in a few hours. ‘IAV’ has been exploring new grounds and sometimes even pioneering new styles and subgenres several times, with literally hundreds of tracks to listen to. Words are not enough to describe this record’s digger absolute dream : the discovery of a secret parallel universe where so much music has been created and kept under the radar.
Released on the 6th of june 2016 on DEMENT3D Records