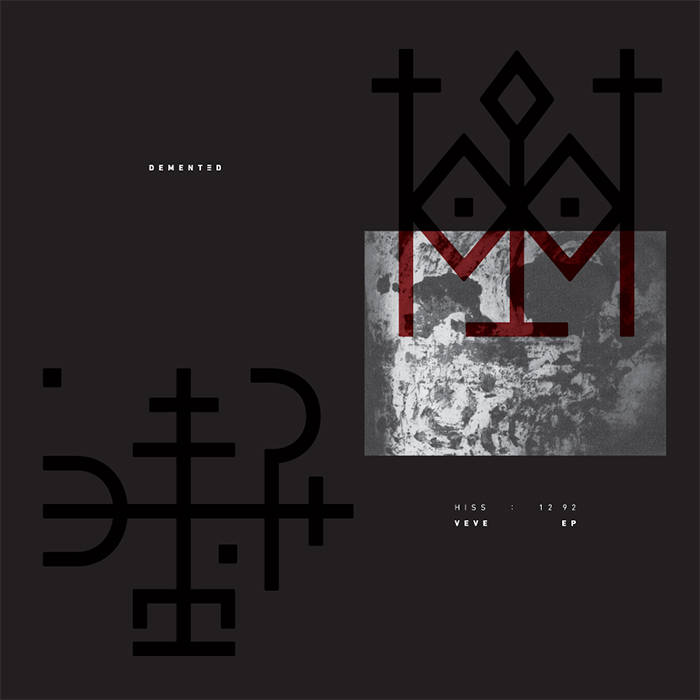 There is definitely something mysterious about Hiss:1292, and unlike a number of other techno projects, it is not the identity of the two producers at stake here.It has never been concealed : the guys behind the curtains are Opuswerk and Francois X. The latter is found at postal codes between 1200 and 1209 in Switzerland, the second in 92... right near Paris. Hence 1292. Nobody’s hiding here...

Nobody ? Well, not quite. For this new project at least hides something, or some mysterious spirits that may have chosen to haunt these vinyl grooves. Four of them to be correct ; namely Augun, Damballah, Eshu and Simbi ; four Veves of the Dahomey and Yoruba Voodoo traditions, four complex and intense spirits that have seized Hiss:1292′s music to make it their own.

It is often the intuition of similarities between Voodoo and Techno that pushes some producers to choose their track names with Vodun keywords. Indeed, intense experiences one can endure in some effective techno installment can sometimes approach the mental images we have of mystical trances and seizures. Here, the process has been different. The Voodoo Vévé theme was unintended at first, but once the project was finished, it seemed like a spell had been cast on the record, and the artists were bound to name their music after the spirits that dwell within.

If you are curious enough to read a little about Augun, Damballah, Eshu, and Simbi while you listen to the EP, you’ll prob- ably get an eerie feeling, the machine feel of techno will start to peel off, and you’ll get the strange impression you’re listening to something else, at night, around a fire.... And don’t you worry ; the way it has been arranged, those spells should all be very “benign”...

The vinyl comes with an inner sleeve, where the sequel of the Hiss:1292 conceptual comic strip by Matthieu Cannavo has been printed.
The Vévés’ glyphs have also been represented by the creation of typographic characters, and the skull-makeup-sugges- tive artwork is accidental wall paint from the future DEMENT3D studios...